In a modern world searching for heroes of bravery, courage and charisma, Bastian Emil Goldschmidt, enthralls this to us both poetically and musically.

From the memoirs of religion, the mythology of the greek gods, books of Ernst Jünger, athletes worldwide and concluding with the life of his own in this modern age. Our world has immensely changed since the early to mid 1900’s, for the better and the worst. Living conservative and being honorable is a common way of life for Europe and always has been, where the fondness of heroes, religion, architecture, theatre, art, history and music is very rich and has been long cherished.

Immerse yourself into marching croon songs of victory, love and bloom to those of defeat, gloom and doom. In war, sports, mythology, novels, historical folklore and the challenges of our own.

“What im trying to portray with Grand Prix is an image of the true hero. In this modern age, it’s hard to find hero figures. You have to search to find bravery and courage.”

Ted: It’s said that you grew up in a religious family living inside a clergy manor house, I’m not sure how accurate that is.. but would you say the way you grew up and the environment around you has had an influence in what is Grand Prix?

Bastian: It’s true. It’s influenced me a lot, thinking of my interest in mythology and religion. I’m very involved in the sport of cycling. Not as an athlete myself, but I’m fascinated by the riders in the Tour de France and other big races, as I think the riders personify the ancient heroes of greek mythology with their interpretation of strength and simplicity. I want to commentate the races one day on Danish television. What I’m trying to portray with Grand Prix is an image of the true hero. In this modern age, it’s hard to find hero figures. You have to search to find bravery and courage. But in cycling and boxing it appears in a very pure way. Pain is shown. Strength, speed, the power of will, the rise of champions, the fall of riders and fighters you’ve loved. 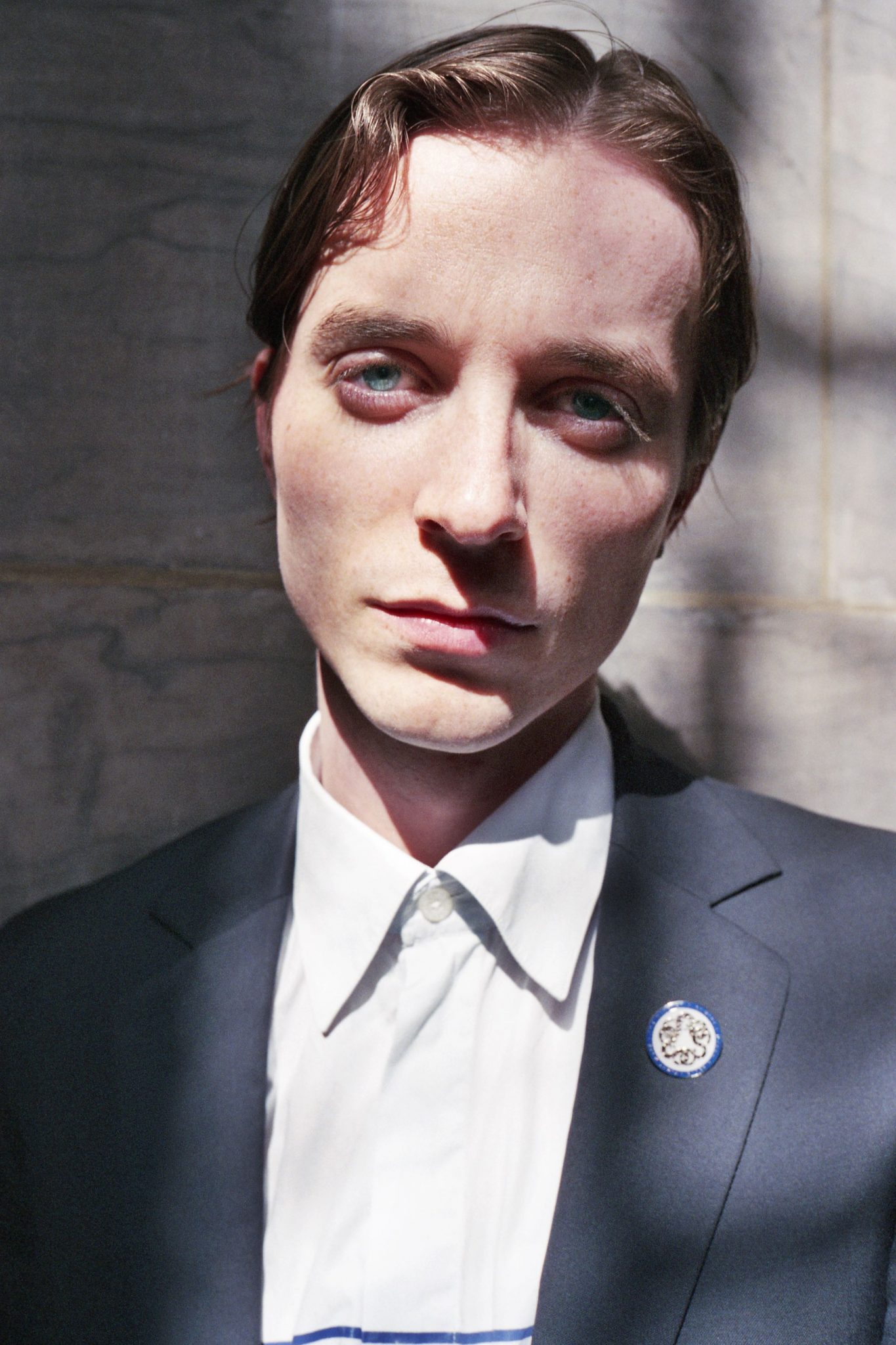 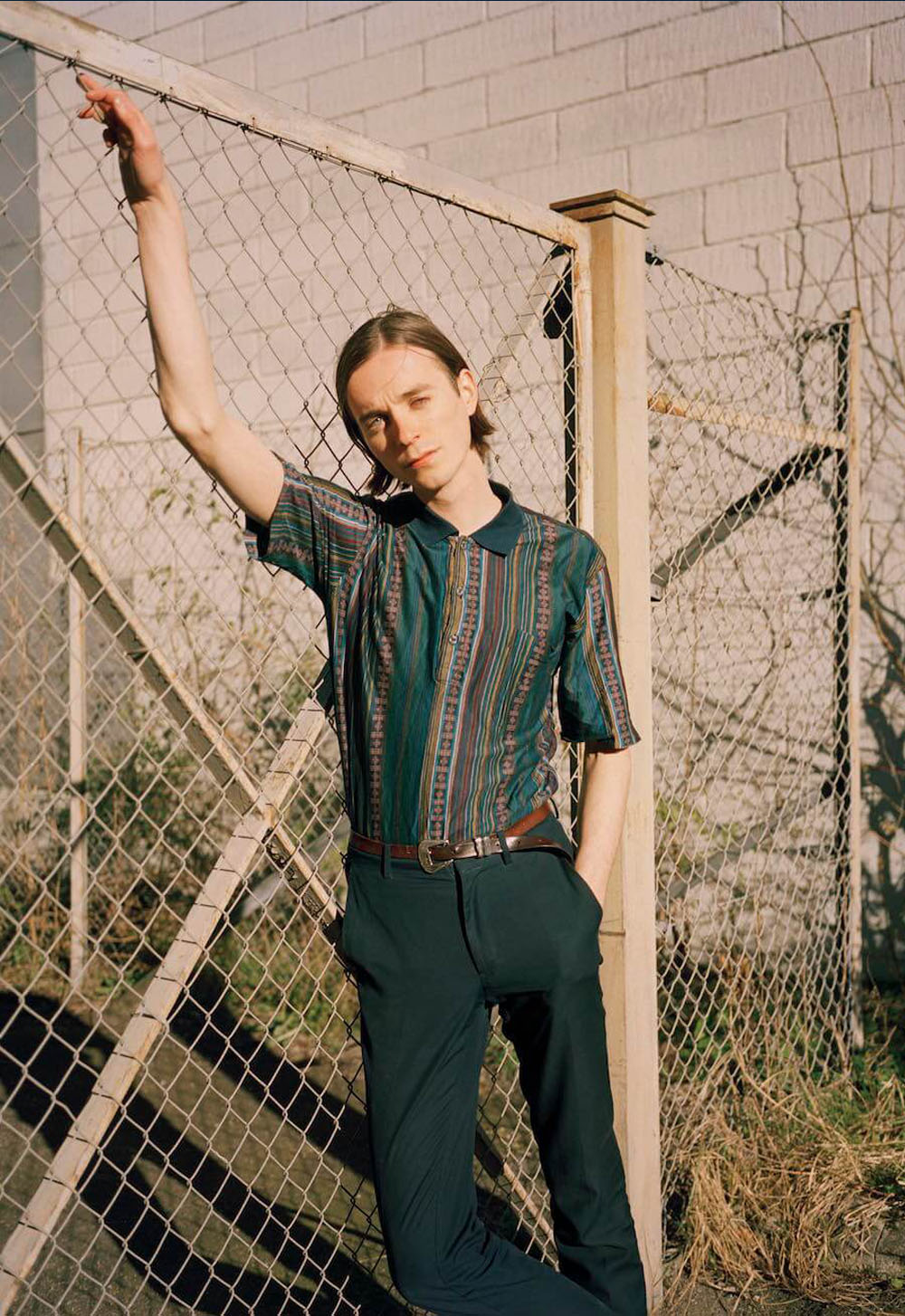 Ted: Musically, what artists did you listen to growing up and how did that transition to what you’re involved into now? Would you say that you’ve immensely opened your music interest since then..

Bastian: Oasis, and I still listen to them today. I think as the years go by, you start to understand more varieties of genres and your taste in music broadens. Lately, i’ve only listened to Jacques Brel the Belgian singer and as i've been living in Istanbul for some time now i’m paying certain attention to a Turkish singer called Zeki Müren. I can recommend him to everyone. He has a special voice and is a true diva. He died on stage on a New Years eve.

Ted: For the production of your singles, how did you like working with Mathias Sarsgaard?

Bastian: I liked it a lot. He is a friend of mine and more is about to come out from me and him. All the music i’ve put out so far is instrumentally recorded. Mathias is an extremely talented drummer and he played the drums on “Freedom From Fear”, “Persistence” and the latest song “Nightlife” that's out now.

Ted: Tell me about Patrick Kociszewski, how was he a contributing factor to Grand Prix? I like his project Visitor Kane a lot.

Bastian: Patrick is a dear friend of mine. He recorded the “Semper Primus” EP and played bass on almost all the songs i’ve released.

Ted: It’s quite a mystery when trying to define your sound. Yes, it’s synth-pop but there’s more to it and details that follow. I find Grand Prix refreshing, that’s aside from the bands in Copenhagen. I hear classical, synth-pop, marching drums, euro pop, disco (think ABBA), italo disco, post-punk, groovy base and guitar chords, high and low croon vocals, etc. Is it why you choose to brand it as "majestic march music"? It sounds refreshing especially in today’s modern obscure music.

Bastian: Thank you. I want it to be music to march to. Thats why I call it march music. The songs are inspired by stories of war and the books of Ernst Jünger and so on. March music is a great help for the broken morale and I wanted my music to have some of these key points (drum rolls, naive blindness to danger and to keep the fear of death away). 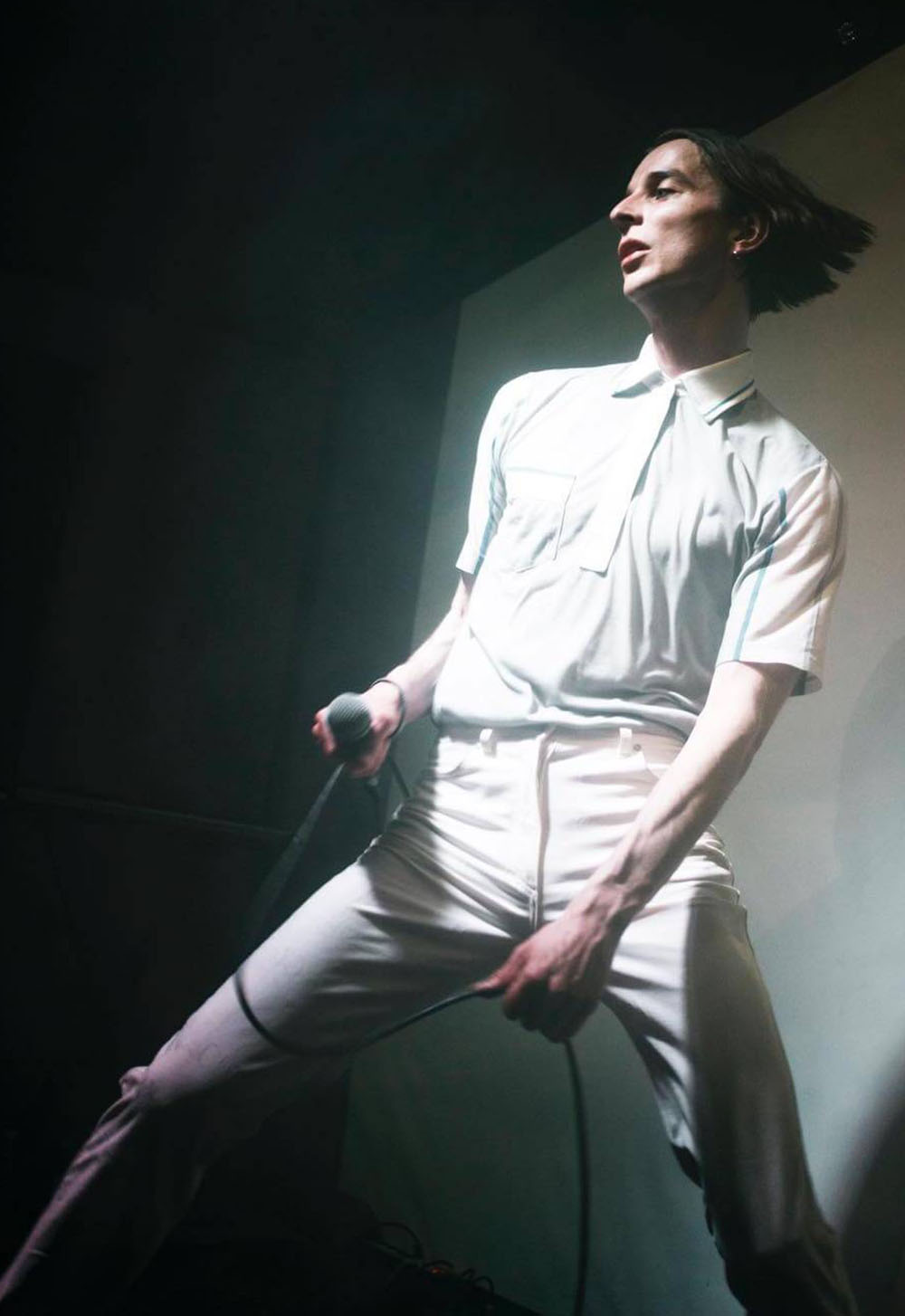 “My dream is to only perform with an orchestra in the future and croon songs of war and love in big halls.” 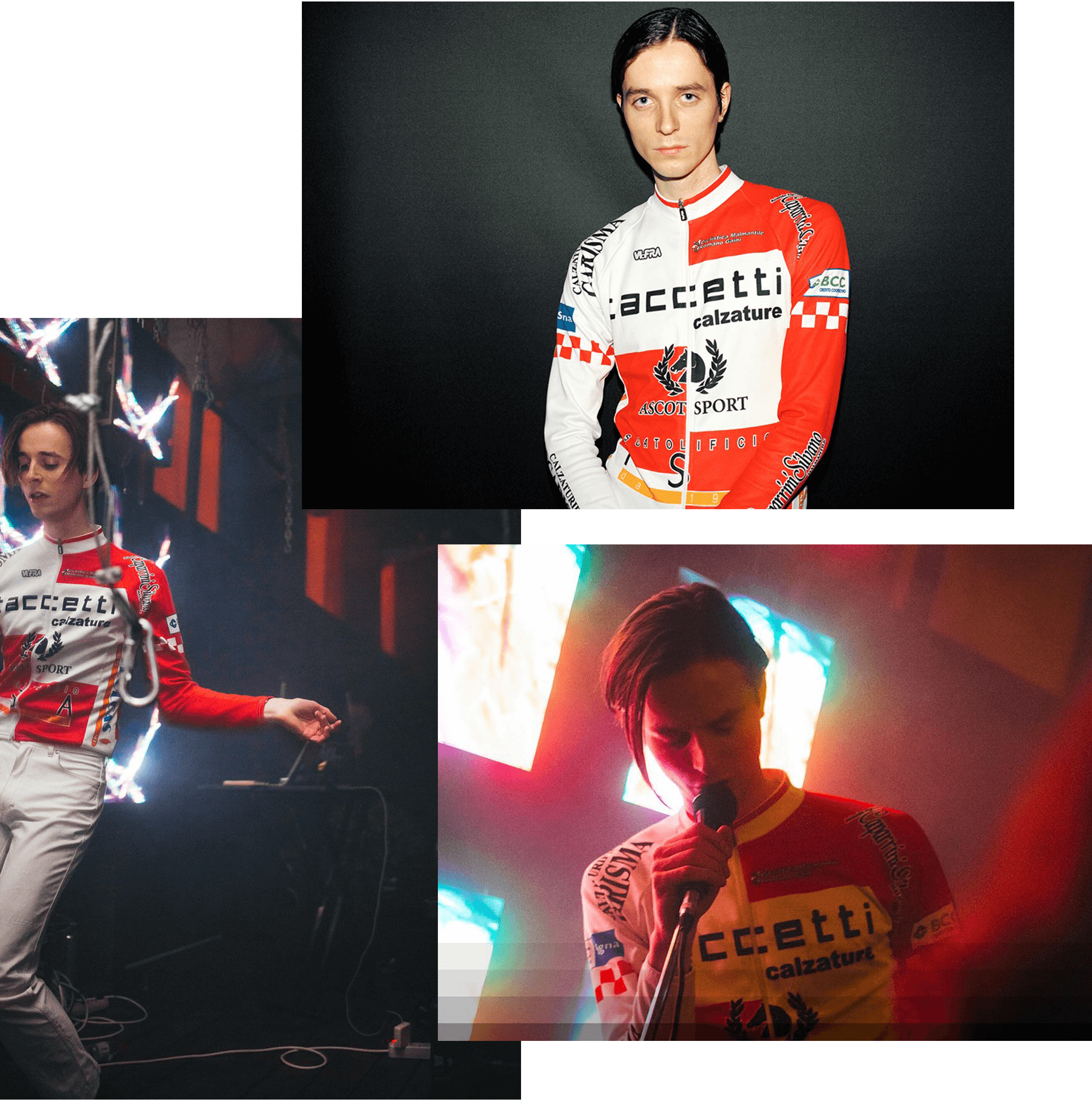 Ted Back to the croon vocals, I’ll say that’s a noticeable act that sets you apart. I find it interesting when you perform in different ego's and step outside of the recordings at times. Using your vocal capabilities, lyrics and stage presence to depict a personality. It's a clash of classical and orchestral theatre in ways. It feels like you should be performing on stage in front of a orchestral pit. Was any of this initially something you wanted to emphasize with Grand Prix with how I perceive it?

Bastian My dream is to only perform with an orchestra in the future and croon songs of war and love in big halls. Regarding the different voices used in the songs, I didn’t think of it from the beginning, but I guess there was needed a voice for the courageous mood and for the fragile and hurt.

Ted I know you’re good friends with the Anton & Joakim of First Hate. I think the tours that were happening during the Fall of 2017 into 2018 were ones to remember. How did you enjoy these tours in particular with them? I believe you got a glimpse of the magnificent Neuschwanstein Castle amongst other beautiful Romanesque architecture.

Bastian I enjoyed them a lot. Anton and Joakim are true stars, and it is wonderful to travel with them. We tried to get out of bed early and go see monuments and landmarks, because the history of Europe is so rich and it’s a privilege to be able to travel around the continent and see it. Seeing Neuschwanstein was a dream coming true for me because I’m very interested in castles and im very interested in Richard Wagner.

Ted Can you speak on your most memorable performance as of yet?

Bastian All is memorable, and I always enjoy being on stage. But to mention a recent one, I played at Mayhem in Copenhagen on my birthday a couple of months ago, where all my friends were and it was a great night. In the other end of the scale I played a show at the Museum of Contemporary Art in Warsaw some months ago, where the stage fell apart while I played. That actually didn’t make me happy, but nevertheless Poland is always a great country to visit. 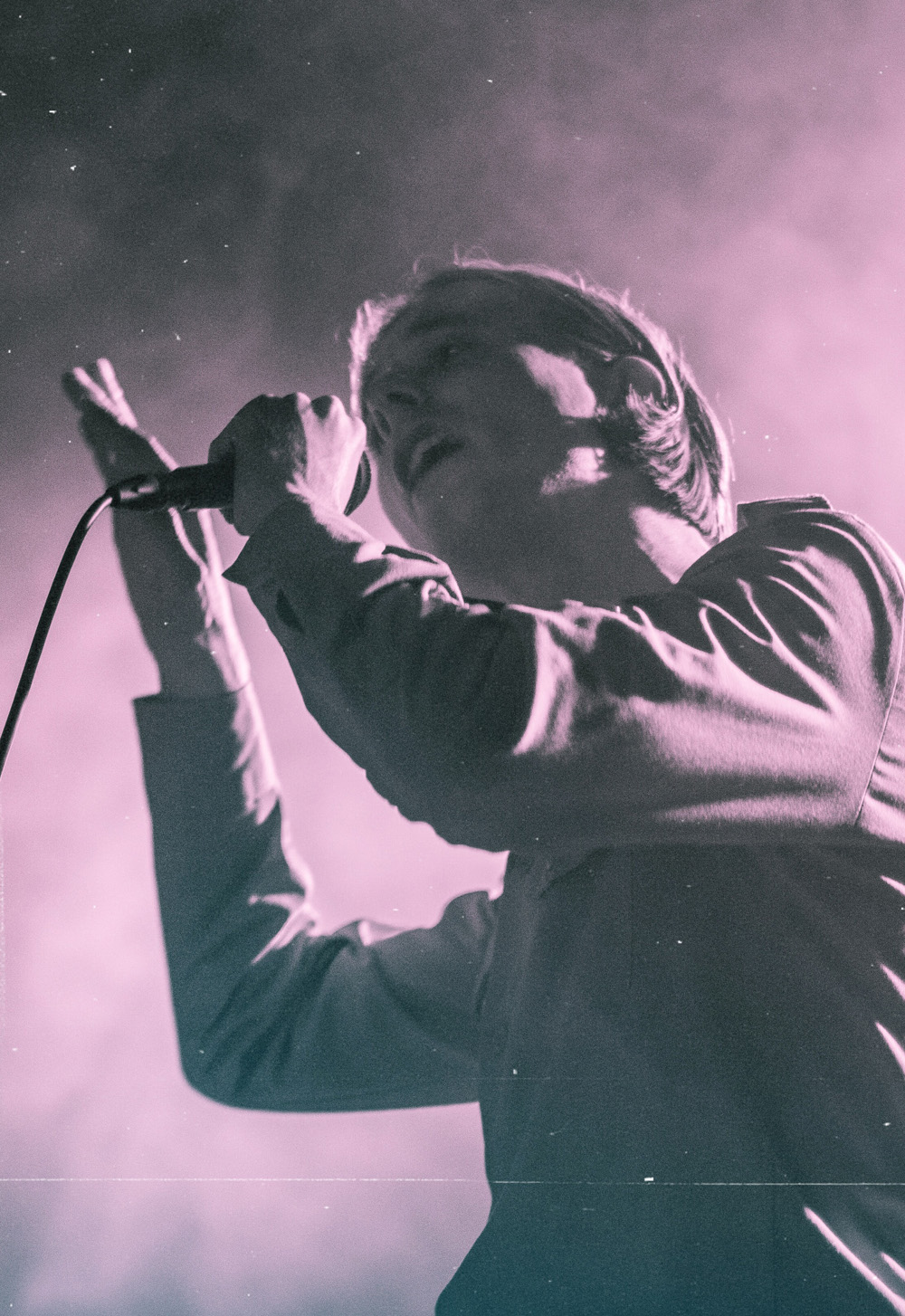 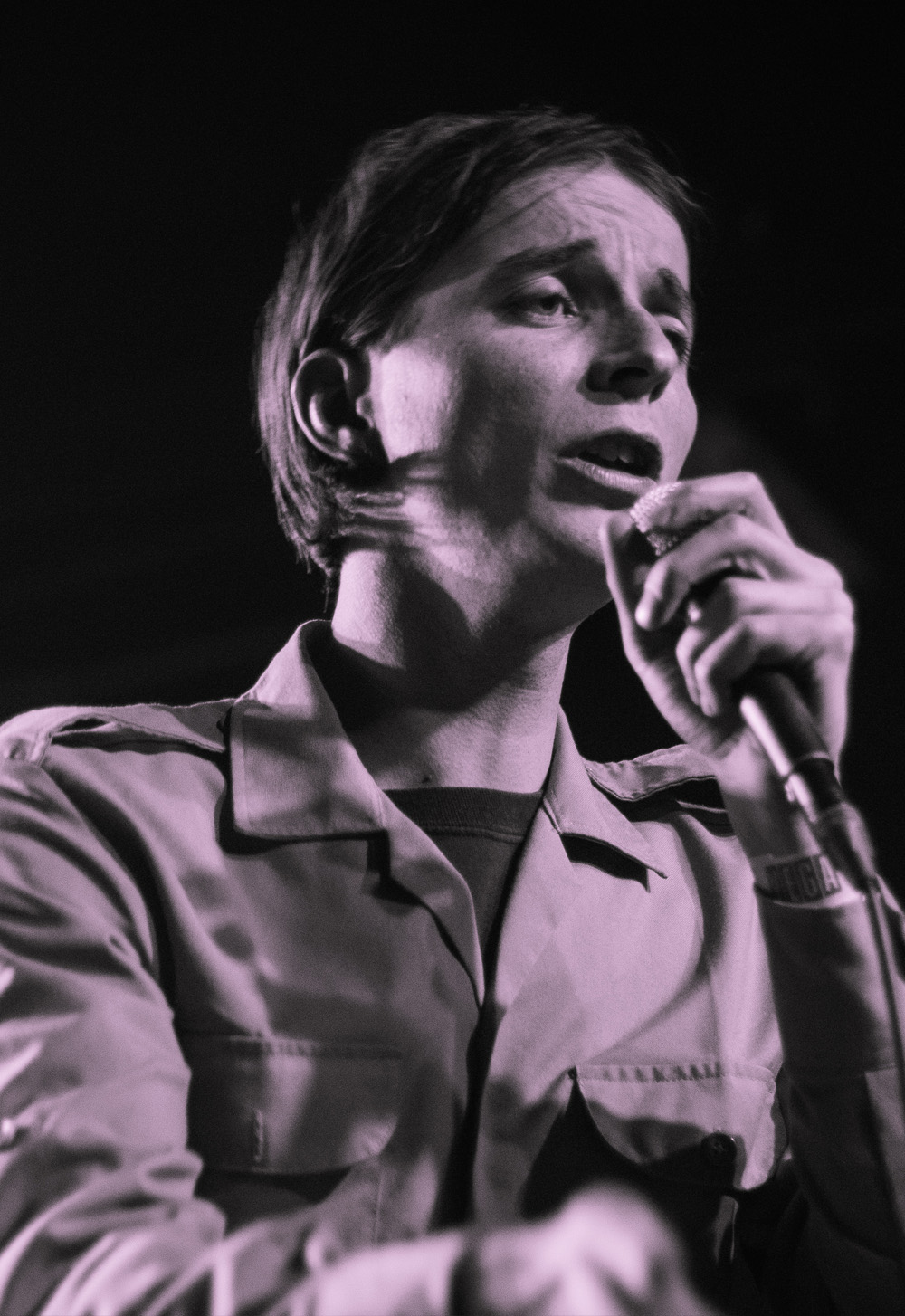 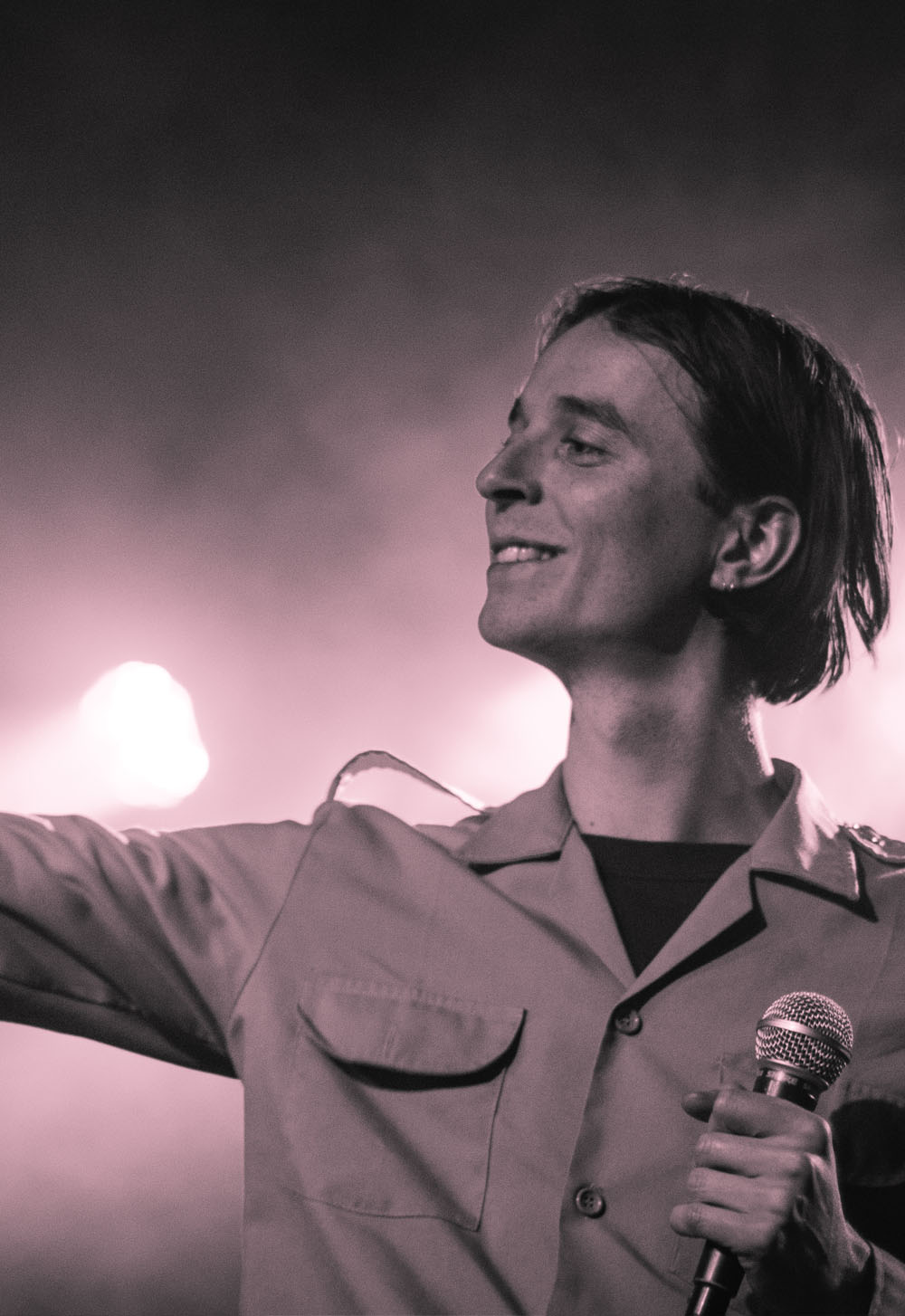 “I’m fascinated of it because in my eyes it is the finest attempt to conquer time and space.” 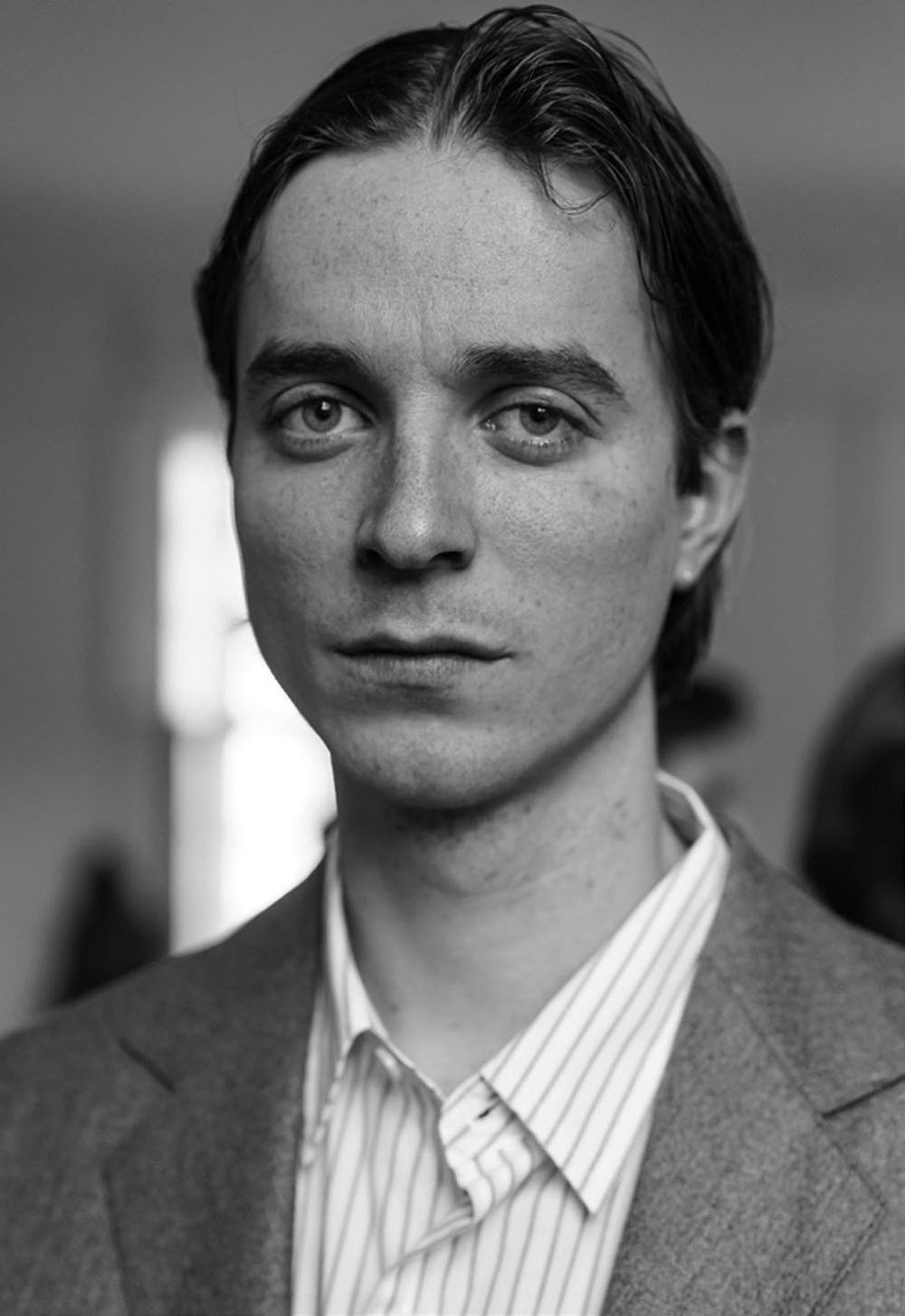 Ted: And so what’s in the works for Grand Prix? Are you having any studio time soon, perhaps an LP? Can we expect any melodic, ambient and more ethereal approaches on songs like Persistence on some newer ones? It seems though that you enjoy writing songs different than the last, but still keeping it in the realm of your sound.

Bastian: Right now I’m working on an E.P with another Copenhagen act called Argot. A single will come out soon and I’m very exited to put that out. Also I have a couple of Grand Prix songs ready to be put out this spring, the first one “Nightlife” being out now.

Ted: What do you find inspiration in other than music? I know you enjoy things like poetry, art, history and the Greek Gods. Any projects like Killer View that you’d like to publish in the future?

Bastian: So many things. Horse racing, boxing, cycling as mentioned, danish romanticism, but lately my biggest obsession has been the Concorde and I’m actually working on a magazine about the Concorde with artist Merih Koc. The magazine will be put out during a big event in the spring, where I invite a former Concorde pilot and have a public talk. I’m fascinated of it because in my eyes it is the finest attempt to conquer time and space. 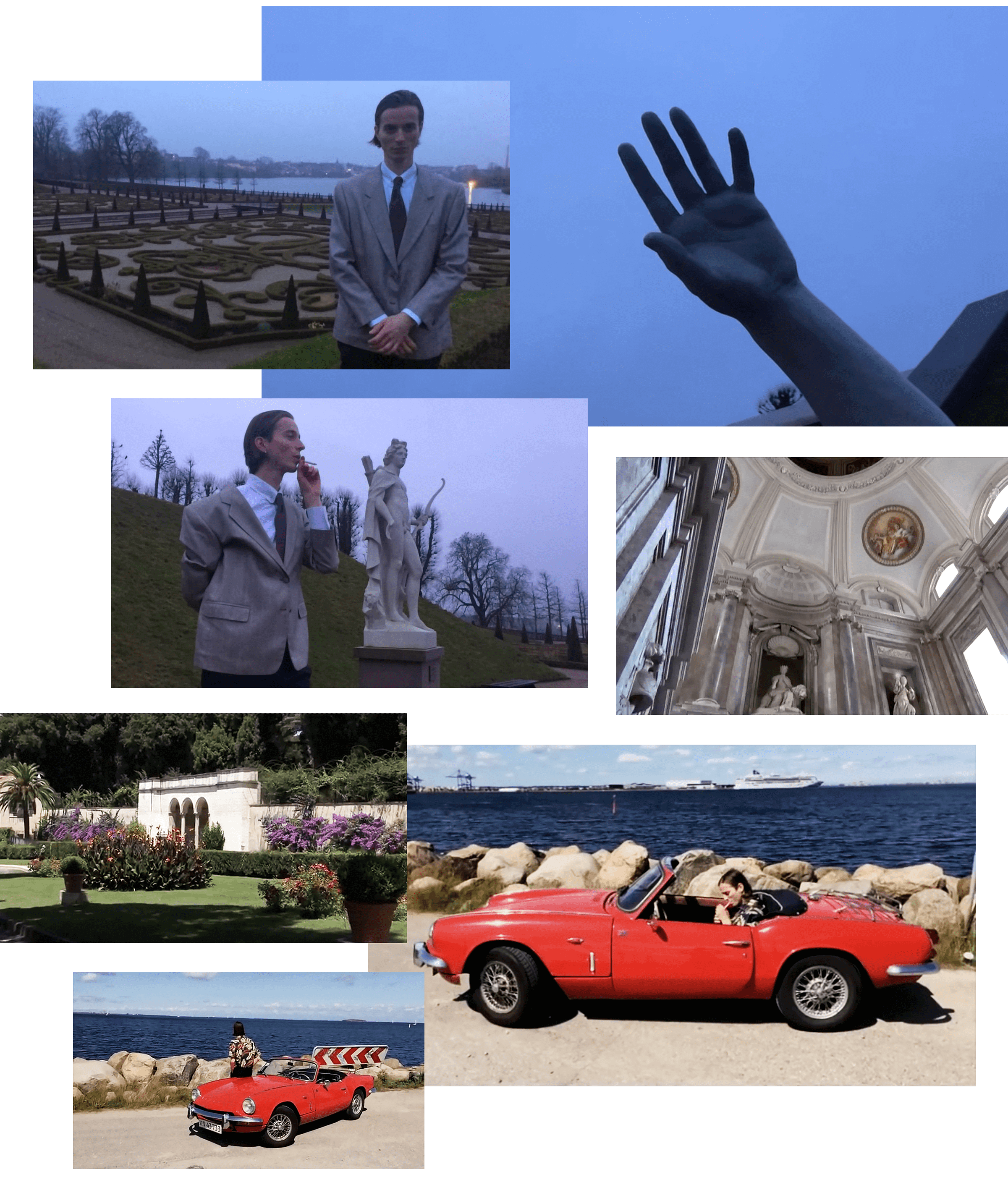 “Be on your guard; stand firm in the faith; be courageous; be strong. Do everything in love.”

Ted: This is more of a bias topic of questions. Do you feel there is a lack of true heroism these days as opposed to our past, at least people finding someone to look up to in different ways? However, do you think somebody can be their own hero, such as themselves? In your case, expressing your mind/emotions, performing alone, being one to encourage and give inspiration both lyrically and on stage. Getting over a depression, anxiety or a lack of confidence as you tell your audience about your songs. Do you feel that making music and performing is your way of dealing with some kind of lack of heroism and want to make your own hero for your sake or at least someone else’s out there? Can you even say you’ve got a hero in today’s society?

Bastian: Yes of course it’s a way of dealing with it, in ways I don’t know how to express elsewhere. When I’m not happy, I really try to practically think, what would Fausto Coppi have done now? Would he have given in? Straighten your back. Raise your forehead, look up. Be strong. That is what the song "Freedom from Fear" is about. Danish cyclist Michael Rasmussen is a true hero for me and I’m making a public interview with him which is a dream coming true for me.

Ted: To end, what are you currently listening to these days? Anything you’d like to say to the readers who aren’t familiar with Grand Prix and what you try to represent? Anything worth checking out/recommendations from Copenhagen and from your personal interests?

Bastian: Currently Zeki Muren with the song "Ah bu Sarkilarin". I still try to represent the two sentences of Grand Prix "Semper Primus, Tandem Mortem", which means always first death at last. And recommendations from Copenhagen, listen to Argot. Great electronic music. Look at the paintings of Eckersberg and the sculptures of Thorvaldsen. And as written in Corinthians l: "Be on your guard; stand firm in the faith; be courageous; be strong. Do everything in love.". 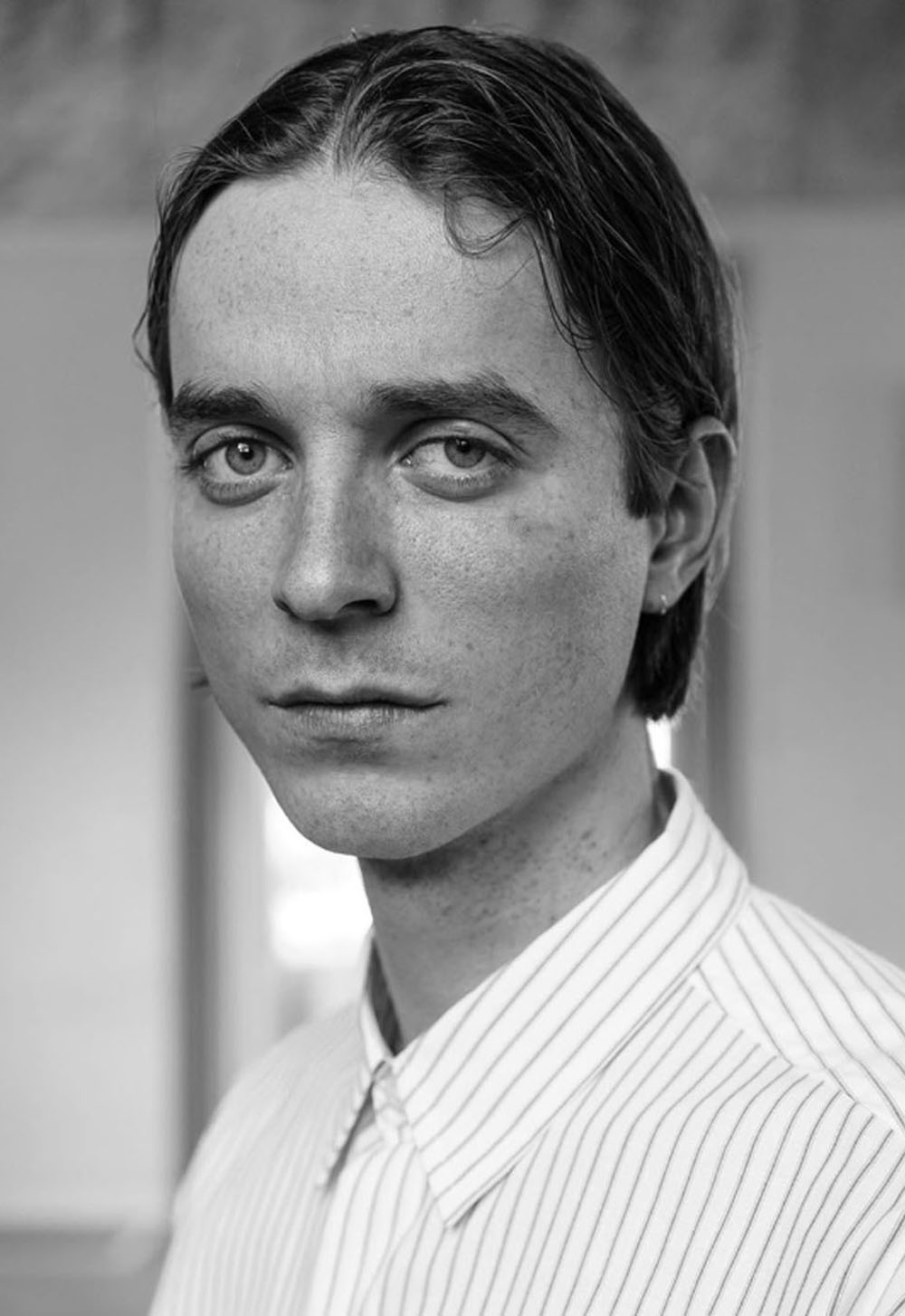