It's always a pleasure to stumble upon musicians and groups of Denmark that can reflect the new wave and post-punk genre's of the 1980's so effortlessly. It's an honor to bring on Vistor Kane, all songs written and produced by one man only, Patrick Kociszewski.

The debut LP "Easy Concern" produces a nostalgia of classy early 80's Echo & The Bunnymen, The Church , Joy Division and more. It's easily been one of my favorite records since it's release in late 2017 and still holding a special place.

While the band has expanded and included band members and debut sound to a more jangly, indie and alternative influence you can’t help but be immersed in Kociszewski’s talent. He’s created and explored another side once again, always expanding his interest in variety and audio engineering. You will find that Kociszewski is undoubtedly talented, yet he desires to learn more.

“Visitor Kane started out being just me fiddling around with synths and drum machines.
I got into that sort of stuff through playing in
Secret Life...”

Ted: Can you tell me a little more about Less Win and some other groups you've been associated with? A little of your music history in the past 5-10 years.

Patrick: Less Win is a 3 piece rock group from Copenhagen. I play the bass, Casper Morilla is on the guitar and Matthew Moller is behind the drums. I think we got started around 2010 - 2011, but honestly I can't remember. I play in a lot of bands these days, Less Win, Visitor Kane, Tears and Dowager, all very different musical styles.

Ted: From my understanding VK started as a project between you and your girlfriend. Did you want to experiment more in a solo realm and sound engineering/producing it yourself or what was the essence behind the creation of VK?

Patrick: Visitor Kane started out being just me fiddling around with synths and drum machines. I got into that sort of stuff through playing in Secret Life, and when that stopped, I thought I'd go on and see what else I could do with that kind of instrumentation. When it was time for the first gig, I asked my girlfriend, who'd been playing bass for quite some time, if she wanted to play, and to my luck, she said yes. I didn't want it to be just me and a backing track, I don't think I could pull it off. The thought of having someone to share the stage with seemed more comfortable as well. 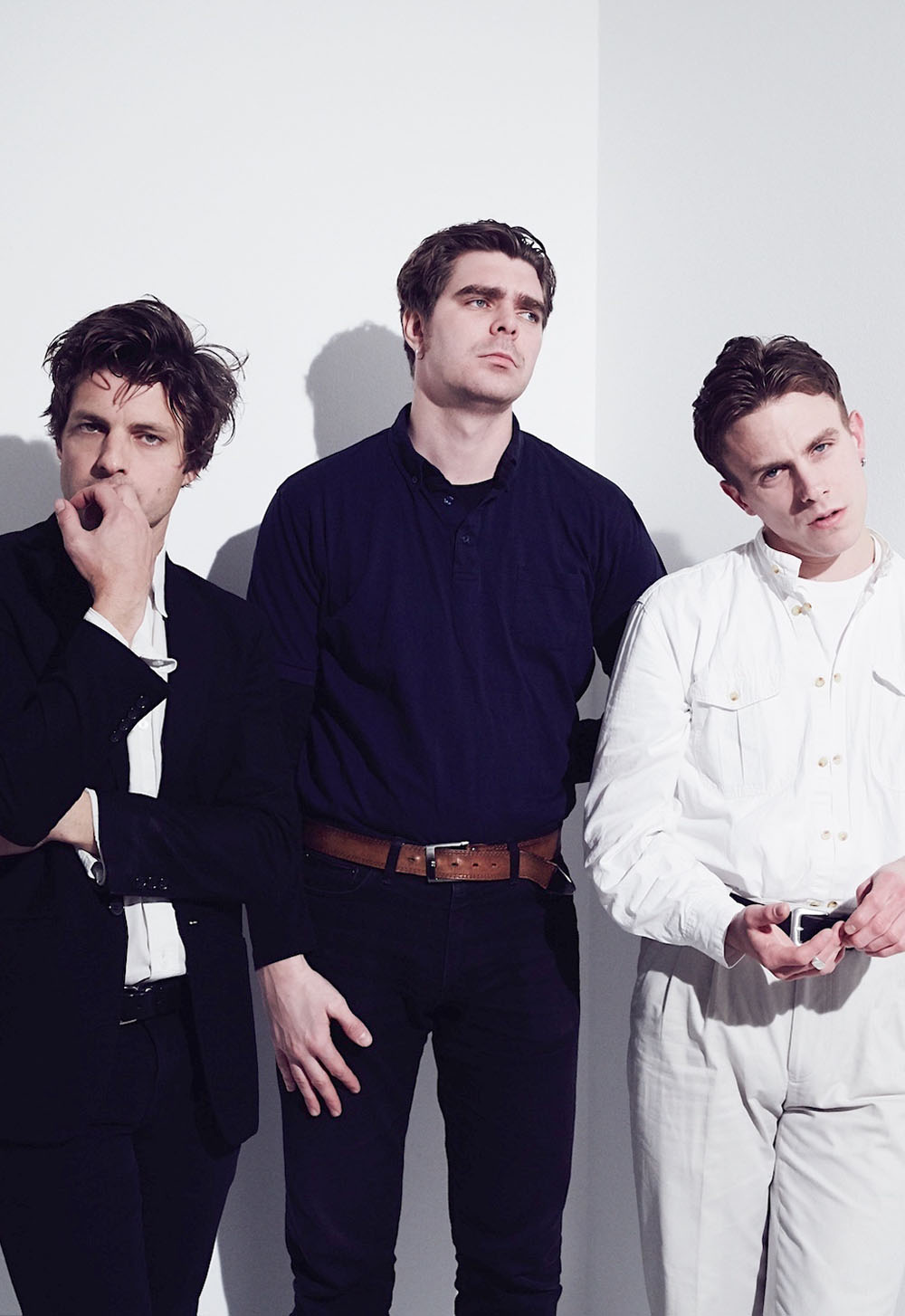 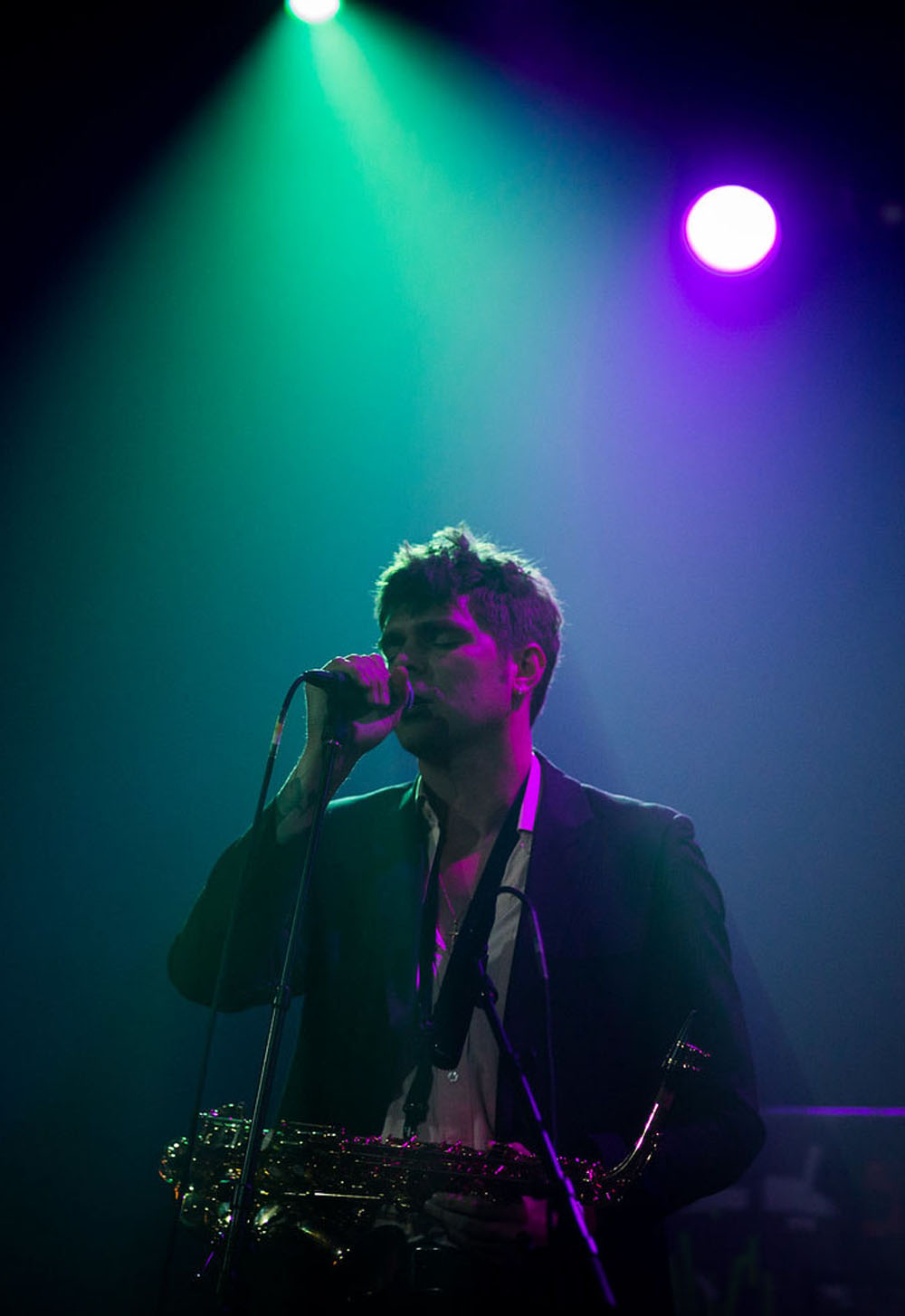 Ted: At what point in your life did the interest in sound engineering and producing become more of a serious art? Did it come naturally or were you influenced from other sound engineers and producers from particular records?

Patrick: The interest came as soon as I started playing music. Seemed natural to me to get into that as well. I just learned by doing, but of course aspired to the likes of Steve Albini and Phil Spector.

Ted: What were some of the memorable records that you listened to in your youth from what you can remember and getting excited about and that probably shaped you to the type of person you are today? I guess what records do you hold high.

Patrick: I grew up listening to all kinds of music, but something I fondly remember was ZZ Top. I liked the rock’n’roll aesthetics and how fun it sounded. I heard a lot of different stuff back then, and I still do.

Ted: I think it an understatement to say you're very talented. It's rare that I find an interest in whole albums that I can listen to on repeat. In fact, most of the Denmark groups i've listened to produce great music. Easy Concern reminded me of Echo & The Bunnymen's (Ocean Rain), Nick Cave & The Bad Seeds with some Joy Division. Were these of an influence at all besides The Human League or Scott Walker?

Patrick: Thank you. All the above-mentioned bands I hold in high regard. They all have a certain quality that I admire which can be summed up to a kind of musical shapeshifting.

Ted: As far back as you can remember, when did you want to branch out and learn more than just the average instruments (guitars, bass, drums, synths). Have you always had an interest in jazz, orchestral and classical music? I hear a combination of that in several of the songs.

Patrick: I guess I've always been interested in sounds and therefore also in all the varieties of instruments that exist. I'm trying to get better at saxophone, but still need a lot more practice to be any good at it. I really enjoy classical music, especially Shostakovich string quartets. Jazz as well, classic records like “The Shape of Jazz to Come” by Ornette Coleman. 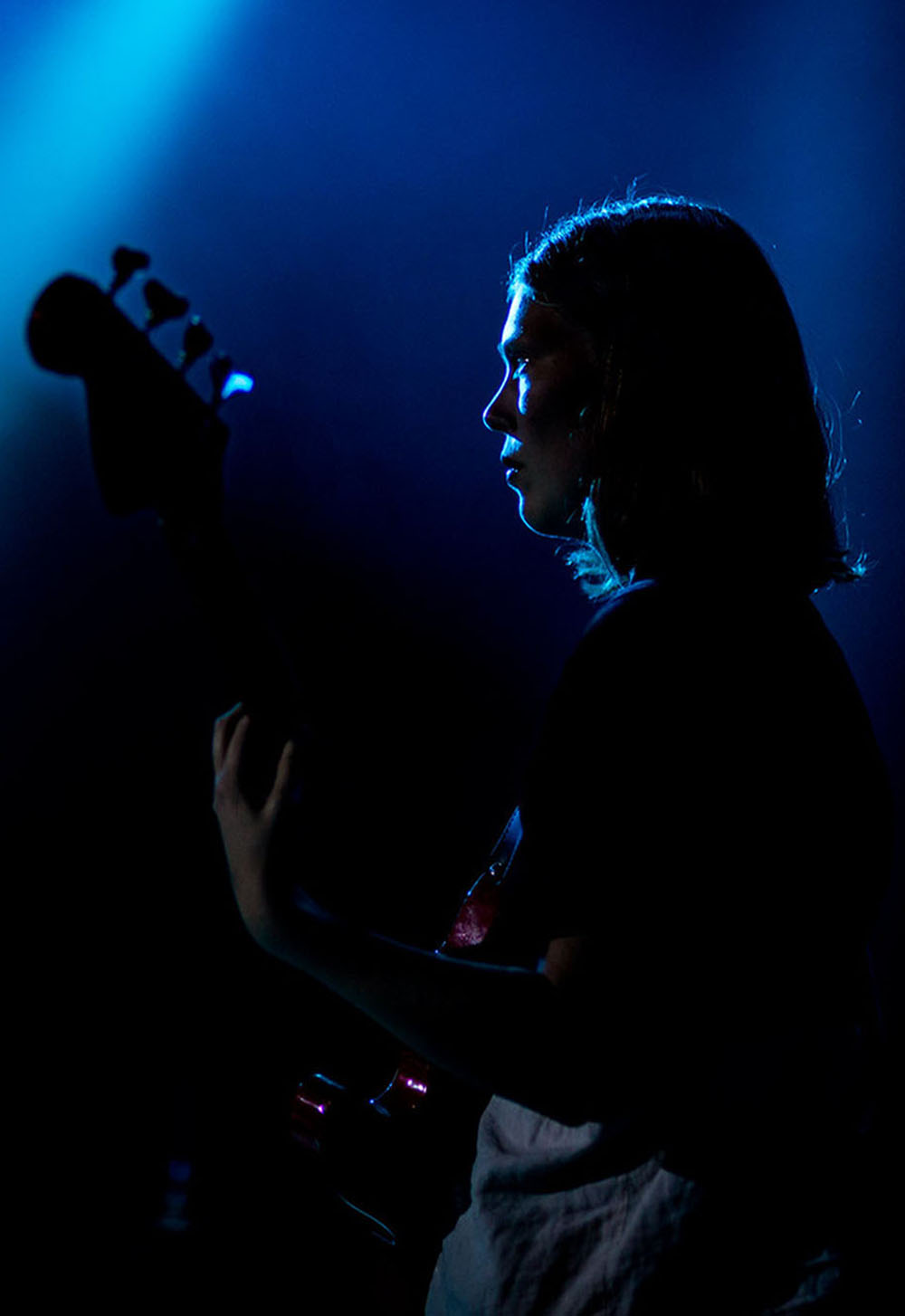 “Most of the lyrics come from thoughts I get from different experiences. Sometimes from books, paintings, a conversation with a friend, anything that I find inspiring...” 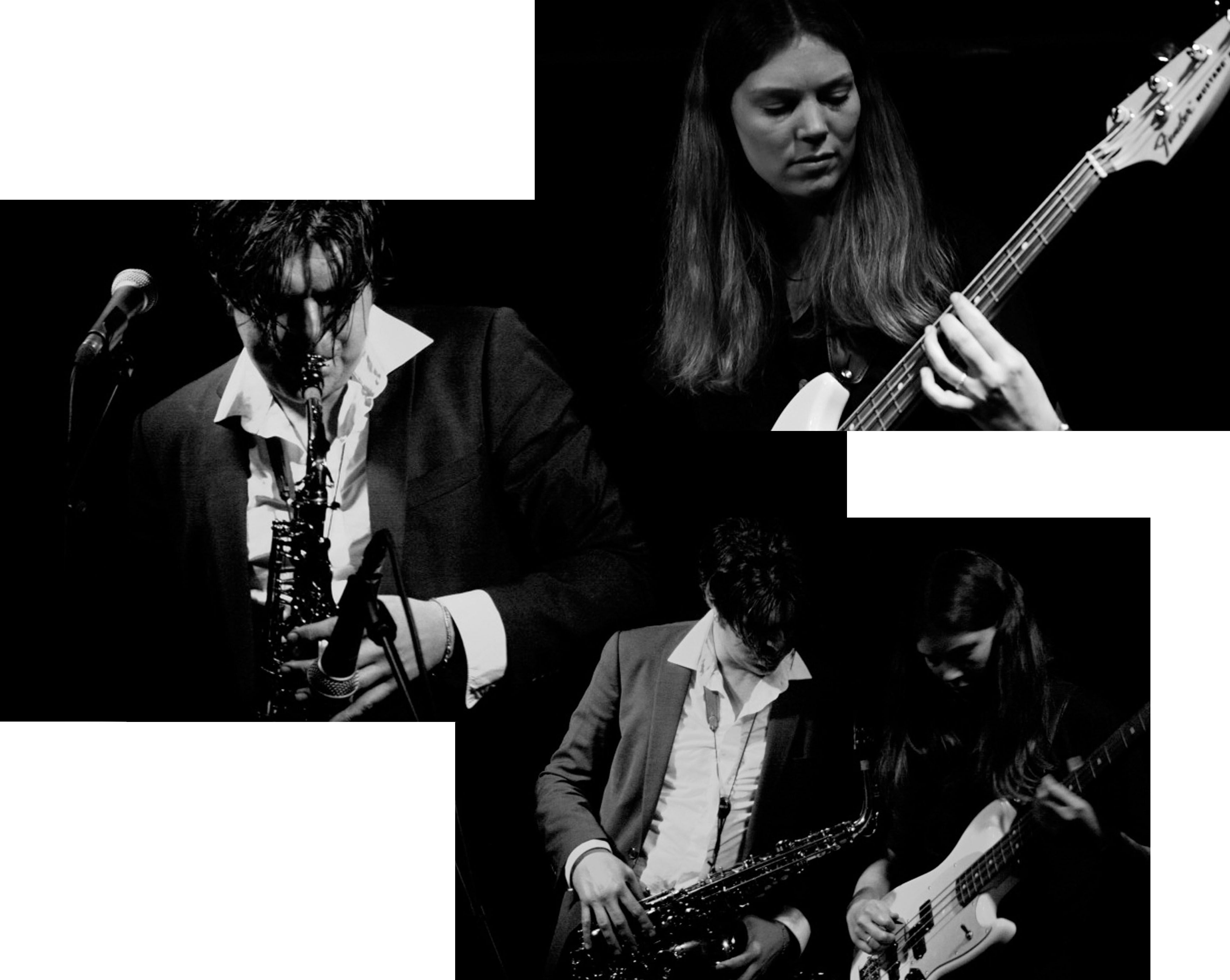 Ted: I know you've just recently expanded on the members of Visitor Kane and are planning to have a new album coming out. Who are the additional members? Did you also write the majority of the new music or will it be an all-around effort record this time?

Patrick: The new members are Kasper Troels Nørregaard on Keys, Mikkel Silkjær Holm on drums and Tobias Guldborg Tarp on guitar. I wrote all the songs and arrangements to start with and everyone has their inputs to them. The new record will be different sounding, that's certain.

Ted: I believe everything was instrumentally recorded.

Patrick: Yes, it was all done in 2 days, the band played together live in the studio. I didn't do the vocals until after, I hadn't learned the lyrics well enough yet. It was all done in Black Tornado in Copenhagen. The studio is really old school and that's why I like it.

Ted: How is your writing process like, for example on Easy Concern, do you usually lay down some drum tracks followed along by the guitar first for structure and build upon that as you go, lyrics last?

Patrick: I tend to write all the time. Sometimes it’s just a melody floating around and I must translate that into something feasible. Sometimes just playing guitar and striking a number of chords will make something spark. I think there is no right way of doing it. I believe that working on music constantly makes me a better writer, like in any profession really. Lyrics, for some reason, are always last for me. It takes a long time for me to be satisfied with them because I find it difficult. 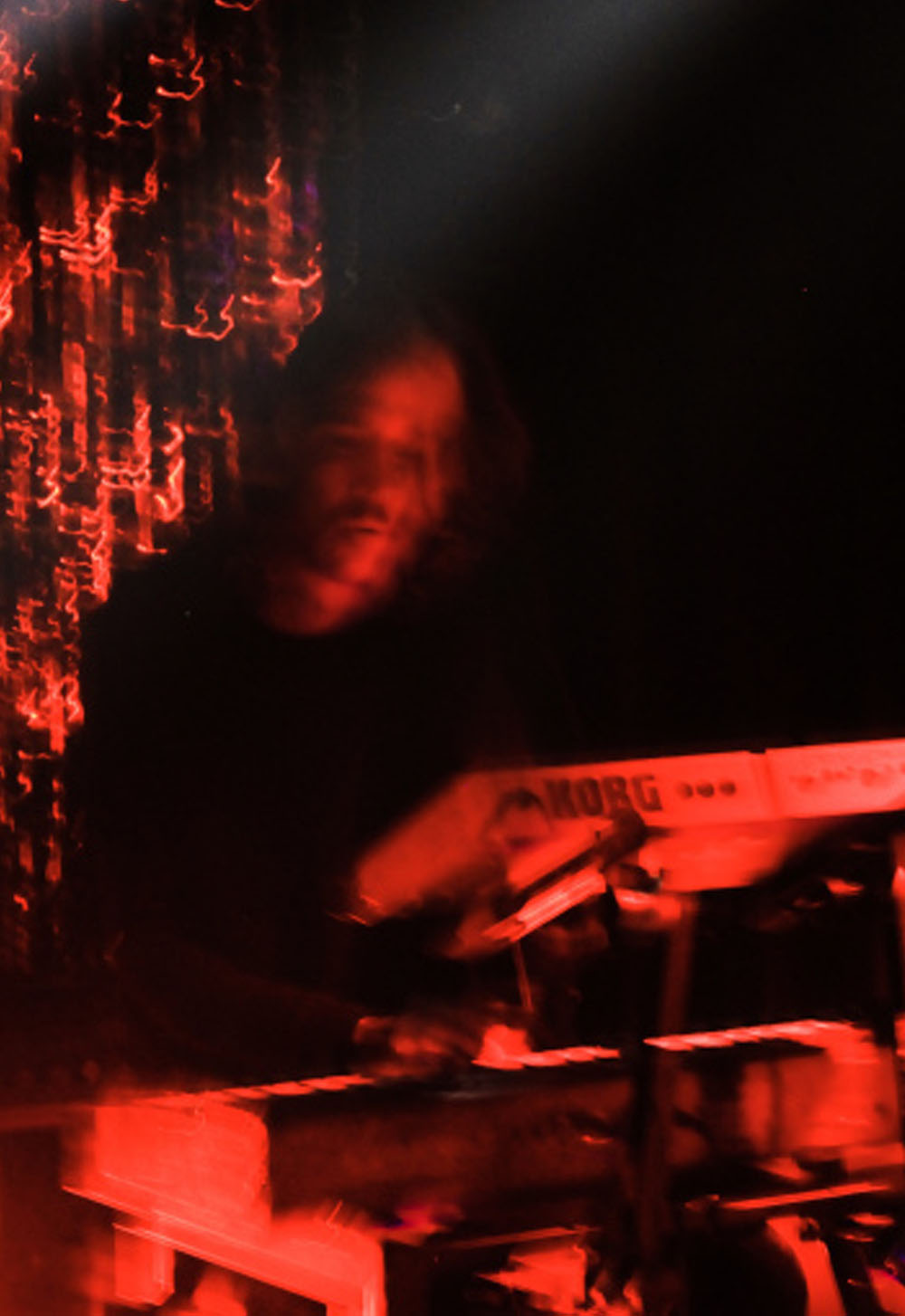 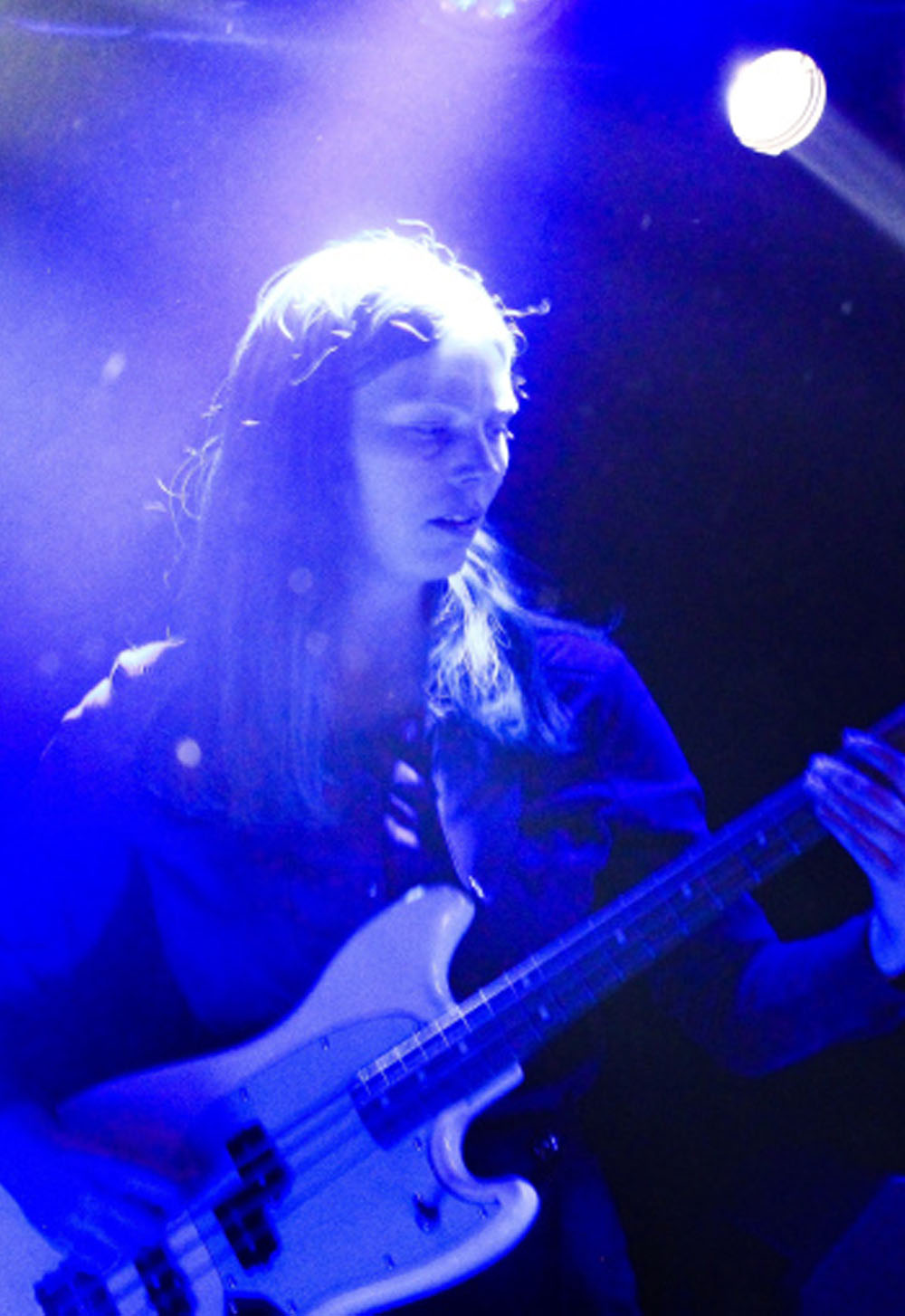 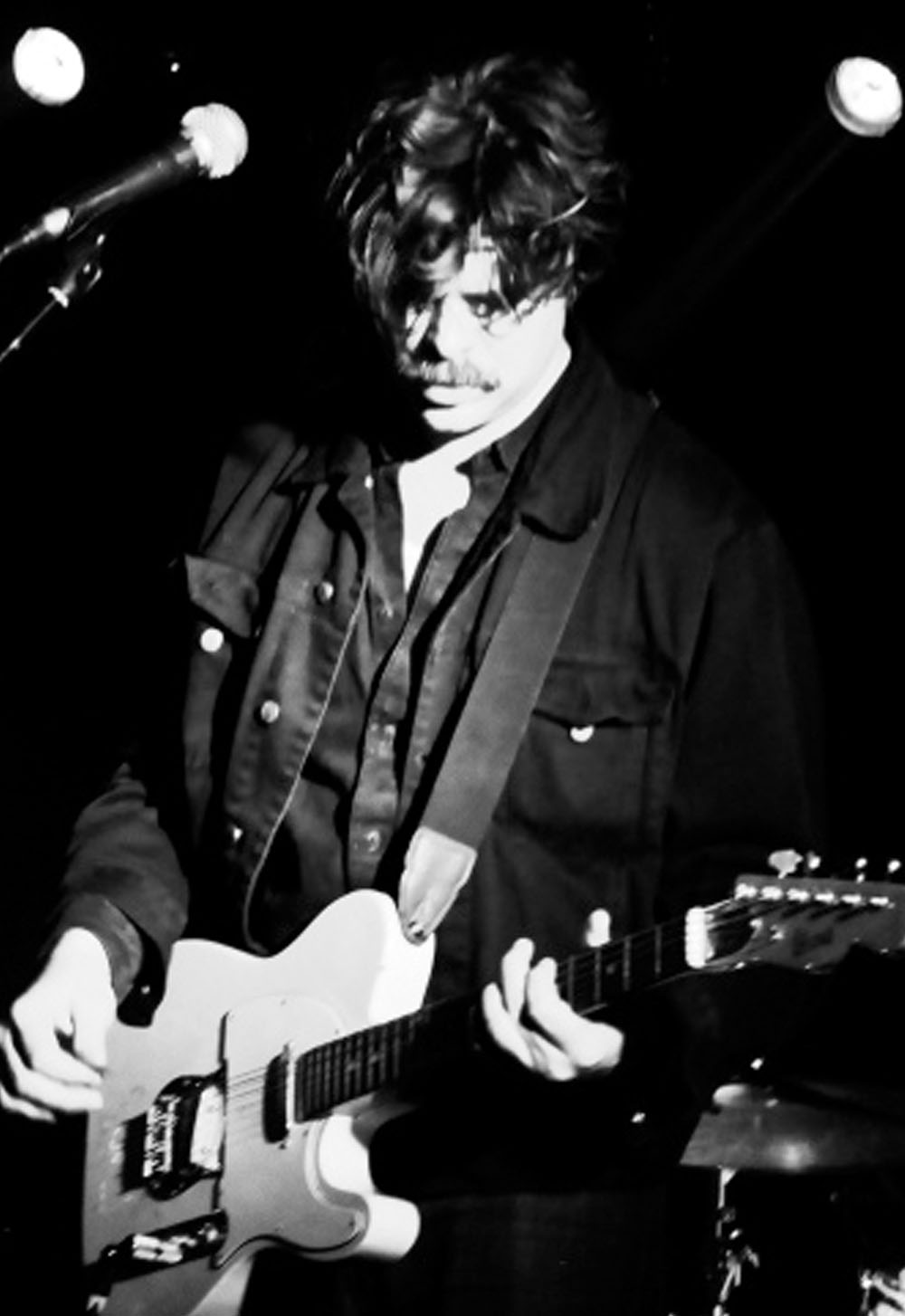 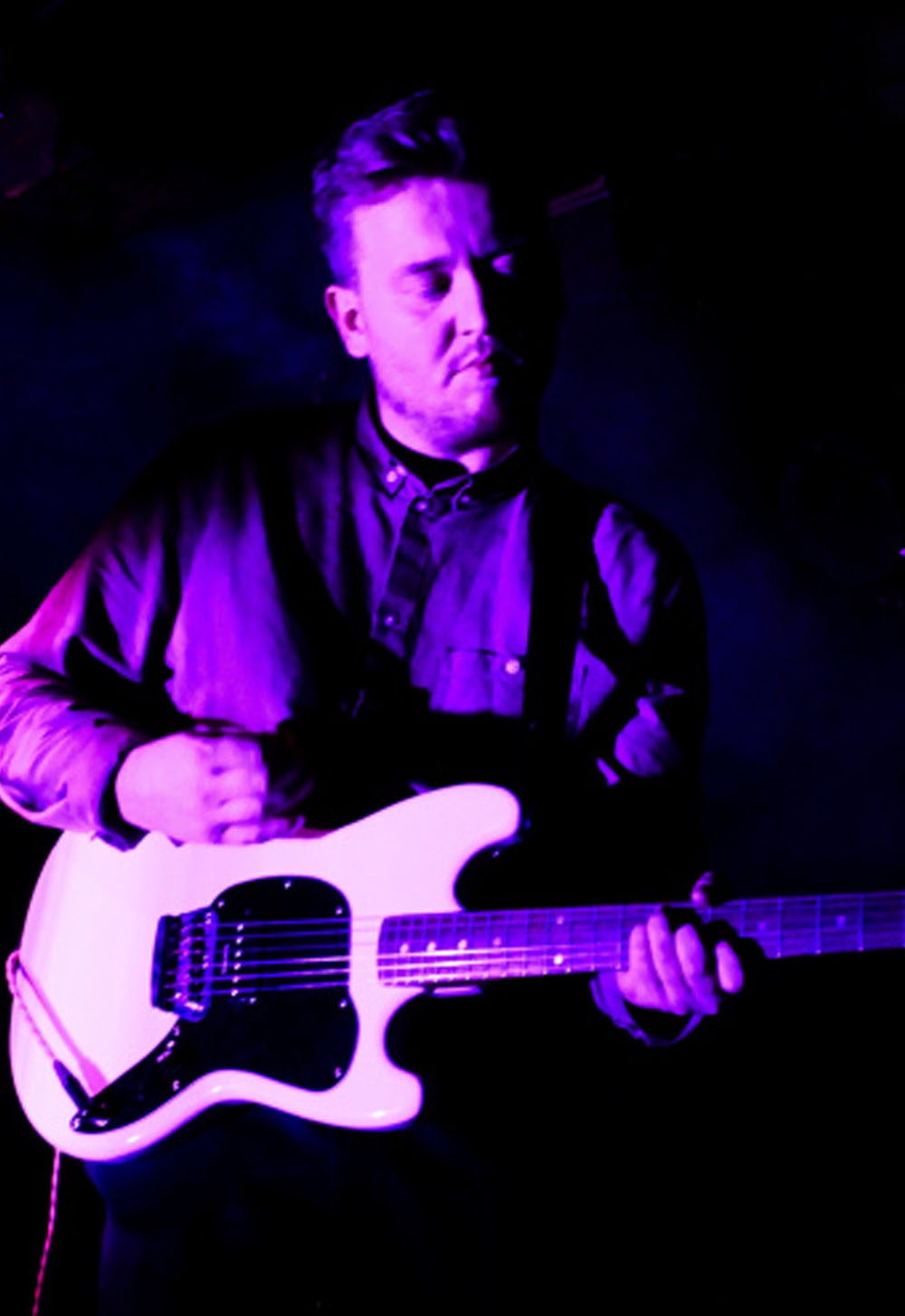 Ted: As far as the lyrics, are most of them from personal experiences/stories or can you elaborate more of what you try to represent with Visitor Kane lyrically? What do you want listeners to take away from your music? The music video for Masters of Masks features the manniquin from the album cover. Is it supposed to signify a combination of characteristics for some of the lyrics of the songs?

Patrick: Most of the lyrics come from thoughts I get from different experiences. Sometimes from books, paintings, a conversation with a friend, anything that I find inspiring, really. The mannequin was to symbolize something with no soul, therefore something that had not experienced any troubles, or pain.

Ted: How did you like working and recording with Bastian on Grand Prix? He mentions you were a great influence to him. I know you played bass on several of the songs. Did he reach out to you or how did you two build a connection to begin with?

Patrick: I knew Bastian from Ocean View, which was a band Less Win played with some time ago. We became friends and started hanging out, a somewhat classic story. I liked working with Bastian, he was fun to work with and always had some good and weird ideas. I played all the bass on the first EP and the second I think, but I'm not quite sure.

Ted: When did the idea of starting Secret Life together come about and is that something you two plan on working on together again?

Patrick: I think we sort of agreed to meet up and jam, like any other band, nothing special. He was keen on the idea of doing something with synths and it all just kind of happened after that. We did an album, but it was never released. There are no plans to work together on that project again, no.

“Go explore music in any form, be curious.”

Ted: Help me understand a little history. As an outsider to this community, how far back does the Denmark music scene go, particularly in reference to the 80’s? I have discovered many talented groups since Iceage coming to America in or around 2011. Lust For Youth was also an act coming around soon after and I discovered other acts like Communions. I really like Girlseeker and Skurv as well, however I don’t get the impression they’re not something well known here (even though they don’t play much these days).

Patrick: American Labels are rarely interested in European/outside acts, as they have a lot of their own to handle. The Danish music scene keeps changing all the time. There are lot of good bands out there, but they all rarely get a chance for exposure or simply aren’t interested, but I won’t get into that, because honestly, I don’t know how the music industry works. Promoting your band these days is a full-time job, and I think a lot of people get turned off by how it all works. They just want to be able to do music and not have to waste time in non-music-related work.

Ted: What other things interest you besides producing music, what do you like to do in or around Denmark? Do you have other projects you’re working on whether it’s music related or not? A little about Patrick outside of music.

Patrick: Well, I just finished an electronics degree, so right now I work a lot with that. Currently I’m building a preamp for recording. Hoping to finish some units at some point during the year. It’ll be a 500 series module. Other than that, I play in 4 different bands, so it keeps me busy. I love working on music.

Ted: As I spoke earlier about VK's new lineup and the new record, what is going on currently with the group? What can we expect from the new record in terms of sound compared to Easy Concern? I'm hearing more of a indie jangle-pop alternative sound from the latest track.

Patrick: Right now, we're going to do a new album, it'll be different than the latest one (Change of Heart). It will be different from anything we've ever done, at least I'd like it to be. We'll probably record it ourselves as it's easier to plan, plus I'd like to mix it myself this time around.

Ted: As far as gigs or news, is there anything lined up in Europe you want to mention? Can we ever expect VK to come through North America one of these days? Maybe that all depends if there's an audience abroad in due time. And with that, any last words to those unfamilair to Visitor Kane?

Patrick: We have had a great response to all the shows, and they have all been great fun. If I have to single out one show, then the release show for our new record "Change of Heart" would be the one I choose. Everybody played great and we had both Cello and Trumpet with us. It sounded huge.

There is some news coming, but I can’t reveal it yet, unfortunately. I hope we will tour Europe and the States at some point, but touring costs a lot of money, and regretfully that's something we don't have a lot of.

Go explore music in any form, be curious. 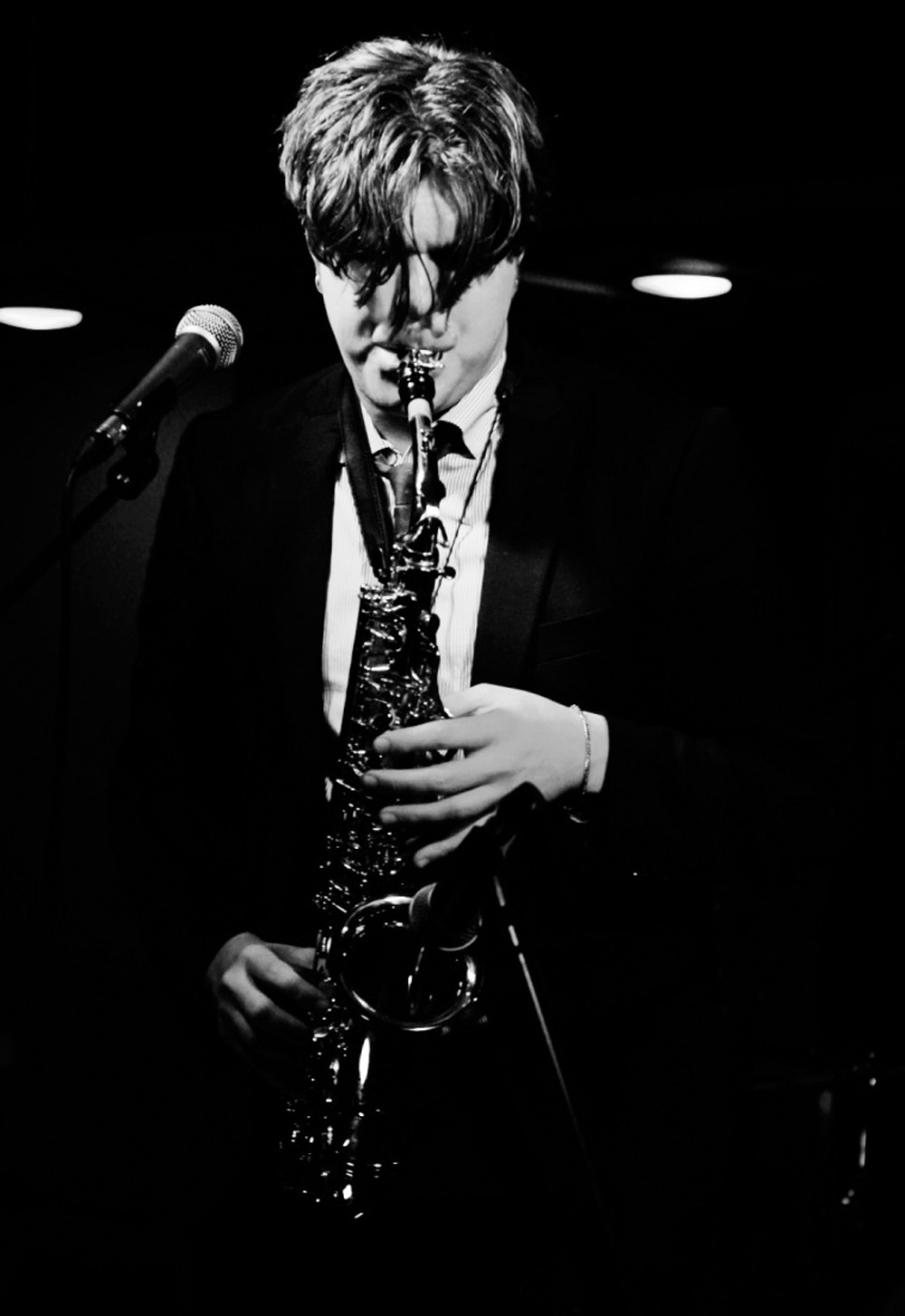